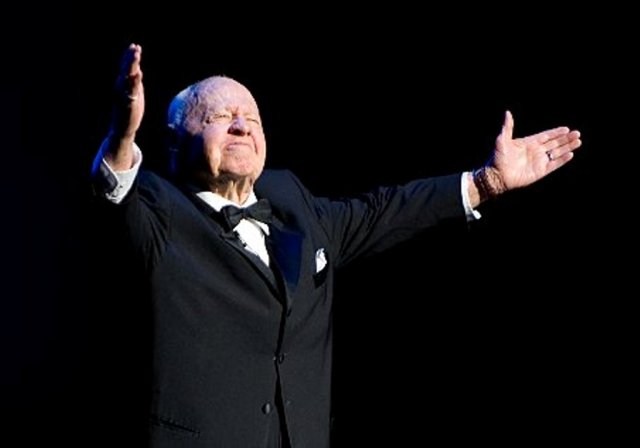 The recent revelations that Mickey Rooney, one of the last great survivors of Hollywood’s golden age, has been a victim of elder abuse is heartbreaking on so many levels. Yet even at 90, Rooney has again proven that he is not to be counted out, turning the tragedy around and using the story of his own struggle to help draw attention to this too-little discussed but all-too common crisis among our senior citizens.  “For years I suffered silently,” he told a congressional hearing Wednesday. “I didn’t want to tell anybody. I couldn’t muster the courage, and you have to have courage.” Mickey Rooney most certainly has courage and he has needed it many times during his long and eventful life. And through it all, through career ups and downs and personal triumphs and tragedies, he has never once given up, and the smile on his face today is as bright as it was when the world first fell in love with him so many years ago. Mickey Rooney has managed to convey the image of youthful optimism so well that it’s hard to imagine that he got his start in silent pictures.

The child of vaudeville performers Joe Yule and Nell Carter, Rooney had first come to Hollywood in 1924 when his mother brought him West in the hopes of his joining the cast of Hal Roach’s popular Our Gang comedies. Roach passed on the four year-old and the pair were forced to return to Kansas City, but within two years they were back, this time with greater success. The six year-old Rooney had shown such a gift of mimicry that in his first film roles he was cast not as expected in child roles, but as an adult, playing a little person in both Not to Be Trusted (1926) and Orchids and Ermine with Colleen Moore in 1927.

Mickey as Mickey (Himself) McGuire. Isn't that Billy Barty in the b.g.?

Later in 1927, Rooney, who was still going by his birth name of Joe Yule Jr., won a major breakthrough role when he was chosen to play Mickey (Himself) McGuire in a series of comedy shorts based on Fontaine Fox’s popular Toonerville Folks comic strip. Between 1927-1933, Rooney made some fifty of the shorts for FBO/RKO before the series came to an end. During the course of its run, Rooney became so identified with the Mickey McGuire character that his mother suggested he change his name accordingly, a suggestion that was vetoed by Fontaine Fox. As an alternative, Mrs. Yule borrowed McGuire’s first name and then added Rooney, a surname apparently taken from Pat Rooney, a performer Mrs. Yule had known in vaudeville and in 1932,Joe Yule Jr. became Mickey Rooney.

After leaving the Mickey McGuire series, Rooney appeared in several films, but his career seemed to be leading nowhere. The dreamed of “big break” was to come from the unlikeliest of sources – a game of table tennis. According to Rooney, one Sunday afternoon, he was appearing in an exhibition table tennis game at the 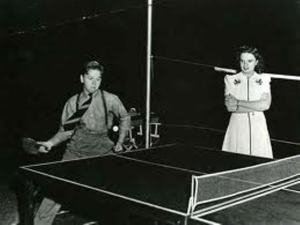 Ambassador Hotel. Seeing that he had an appreciative audience, the ham in him kicked in and Rooney began to show off. “I entertained them,” he later wrote, “with a line of picturesque speech and patter and some pantomime that had them in hysterics.” One of those most delighted by Rooney’s antics was the game’s referee who turned out to be none other than David O. Selznick, himself an avid table tennis fan. The legendary producer had not yet reached the pinnacle of his career but was nonetheless an important producer at MGM where he worked under his father-in-law, Louis B. Mayer. Following the match, Selznick reportedly tried to convince Mayer to sign his new discovery to a contract with the studio. When Mayer learned it was Mickey Rooney whom his son-in-law was so enamored of he was nonplussed, telling Selznick that Rooney, at fourteen, was a has-been. Selznick was undaunted by his father-in-law’s dismissal and sought to make Rooney a star by putting him in his latest production, Manhattan Melodrama (1934) set to star Clark Gable. That there was no part for a boy in the gangster film did not faze Selznick who called in writers Joseph L. Mankiewicz and Oliver H.P. Garrett to write one. This resulted in new scenes showing Clark Gable as a boy, played by Mickey Rooney, of course.

Rooney’s standout performance in Manhattan Melodrama forced Louis B. Mayer to reconsider his earlier dismissal and Rooney was soon offered a much-coveted contract with MGM Studios. With a starting salary of $150 a week with a forty-week guarantee, Rooney and his mother took a lease on a handsome six-room Spanish-styled house in Carthay Circle at 727 Schumacher Drive, which had been designed by architect Vincent Treanor in 1929. Hardly grand by Hollywood standards, their new home nonetheless seemed palatial in comparison to the many cramped rooming houses they had been forced to endure in the past.  The four years Rooney would spend in the house on Schumacher Drive would be among the most important of his career. During this period he would rise from a little known contract player into the world’s number one box office draw. He also began appearing, starting with 1937’s A Family Affair, in the role he is perhaps most identified with – the lovable Andrew “Andy” Hardy. Rooney was to make 18 of the highly successful films between 1937 and 1958.

In 1938, at the peak of his stardom, Rooney moved from Schumacher Drive into an
expansive 18-room Spanish-styled hacienda sited amidst a walnut grove in the
San Fernando Valley at 4410 Dinsmore Avenue, where he would remain until his 1942 marriage to Ava Gardner. Although the Encino estate was later subdivided, the small house Rooney occupied during his climb to stardom remains largely unaltered from the time he lived there between 1934-1938.

5 Responses to The Indestructable Mickey Rooney