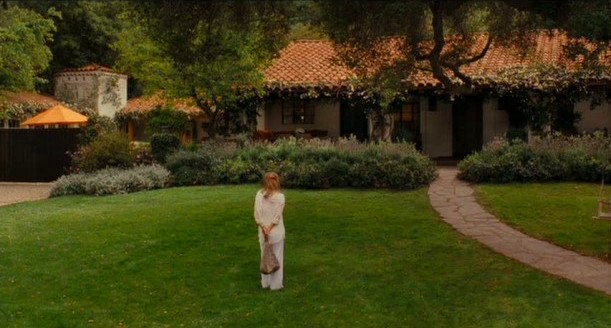 I was pretty late to the party when it came to seeing Nancy Meyers’ 2009 romantic comedy It’s Complicated and whenever I asked anyone who had seen it what they thought the reaction was always the same. “Oh my God, you’ve got to see the house!”  “The house? Well, what about the movie?” “Oh, it’s fine, but the house…” 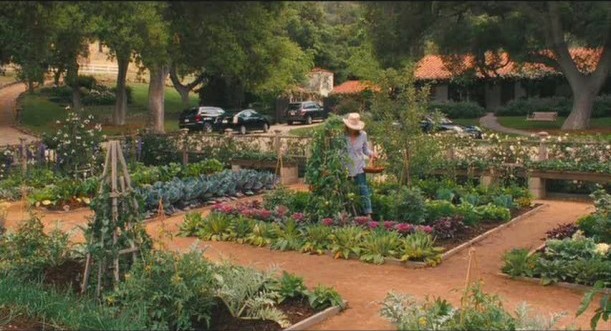 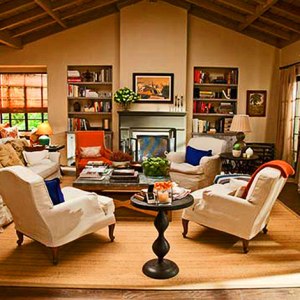 When I finally got to see the movie myself I realized right away what everyone was talking about – The house! It is pretty tough indeed to upstage the likes of Meryl Streep, Alec Baldwin and Steve Martin that is for sure, but somehow the house managed to do it. There is something so beguiling about it both inside and out that captures the imagination and makes you want to move right in. Warm, tasteful and comfortable, a real charmer indeed that was, for all intents and purposes, the fourth star of the film. Of course, this was no coincidence. Writer/Director Nancy Meyers has had great success bringing life to the environments of her lead characters, making them an integral part of the story as she did with Diane Keaton’s beach house in Something’s Gotta Give (2003) and Cameron Diaz’ bungalow in The Holiday (2006). As Meyers told Traditional Home, “Since more than half the movie takes place in the house, we really get to know the place,” adding “What the characters wear and how they live and decorate really say something about them.” Credit for the house belongs to Meyers and her talented team, production designer Jon Hutman and set decorator Beth Rubino. 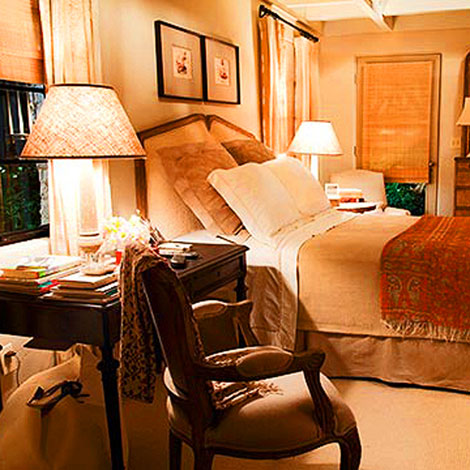 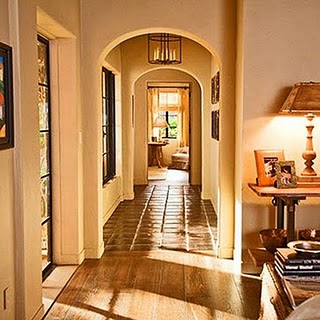 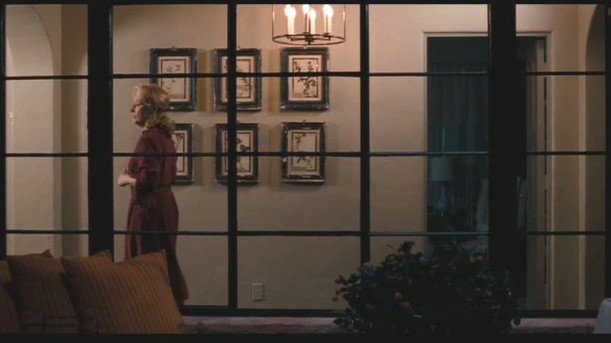 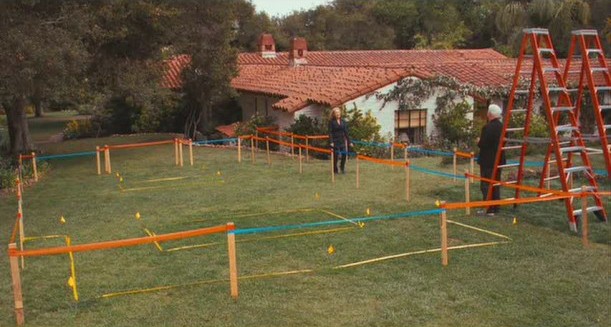 Curiosity about the house set the Internet ablaze with queries seeking to know more about it and where it was located. In the film, the house is located in Santa Barbara, but in actuality, it was an artful blend of fact and fantasy with the interiors created on a Brooklyn soundstage and the exteriors done on a beautiful ranch out in the picturesque and historic Hidden Valley near Thousand Oaks, a longtime getaway of Hollywood stars including Roy Rogers and Richard Widmark.

Built in the style of the great haciendas of California’s Spanish days, the historic ranch house and its more than 56 acres of land is nestled against a ruggedly beautiful hillside dotted with boulders and venerable oak trees with horse and hiking trails leading off in all directions. The main house features five bedrooms and five and a half baths arranged around a central interior court with a peaceful bubbling fountain. Additional accommodations may be found in the full-sized guest house nearby.

The house is, of course, an entertainers paradise offering a magnificent array of possibilities for whatever occasion comes to mind, from an intimate tete-a-tete in a cozy corner of the wide, welcoming verandah to enough space for your own full-blown rodeo with a guest list of thousands. The incredible pool area at the rear of the house has numerous spots for outdoor entertaining as well as a separate pool house, allowing for indoor/outdoor gatherings.

The ranch has impressive equestrian facilities as well with a six-stall barn and white picket fenced corrals. If you lived here you’d simply have to have horses. The home is fit for Hollywood royalty and, according to some sources, it was, with a claim that it was once owned by W.C. Fields. While I’d like to believe this, I really would, it does not match my records. Fields did live in a very charming ranch house (he never owned, only rented throughout his life) at 4704 White Oak in Encino in 1935, which bore some similarities to the house at 714 West Potrero Road, and this might be the source of the mixup.

This property really is a dream come true and I just found out that it has come up for sale. You can have all this perfection for $12,000,000. So in the end, it turns out that it’s complicated after all, complicated for me at least in trying to figure out where I’m going to come up with the $12,000,000! Check out the realtor’s website here, which has many, many photos, 103 of them to be exact. You may find this as bizarre as I though that out of 103 photos there is not one, I repeat, not one photo of the inside of the house. Maybe I’m just missing them. I guess it’s complicated. But here’s a few from the New York Times. Compare with the movie set photos above. Looks like the real interiors could use the Nancy Meyers treatment. But there’s no way around it, it’s clearly a great house. 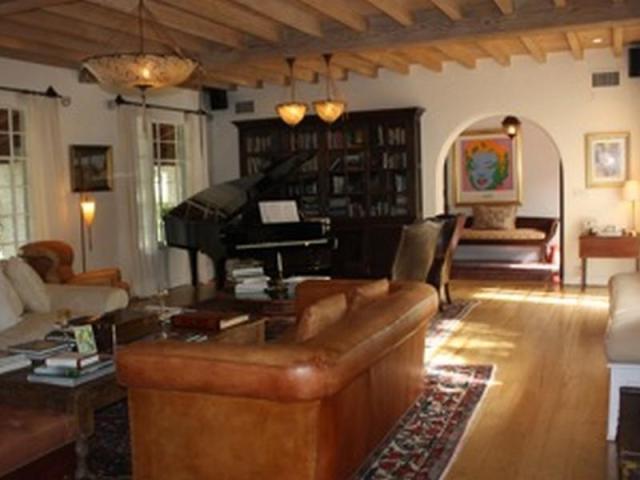 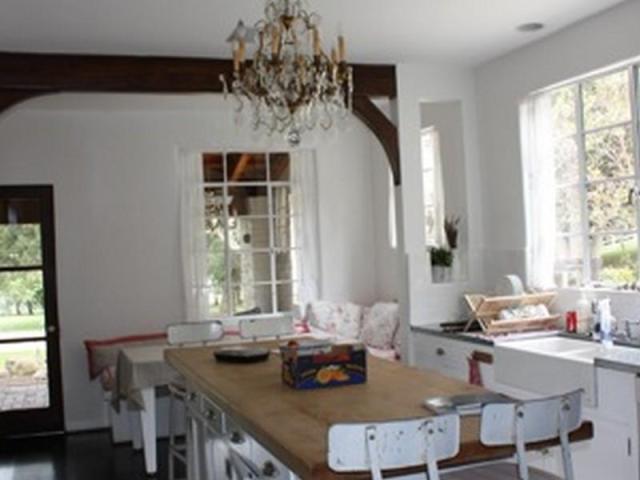 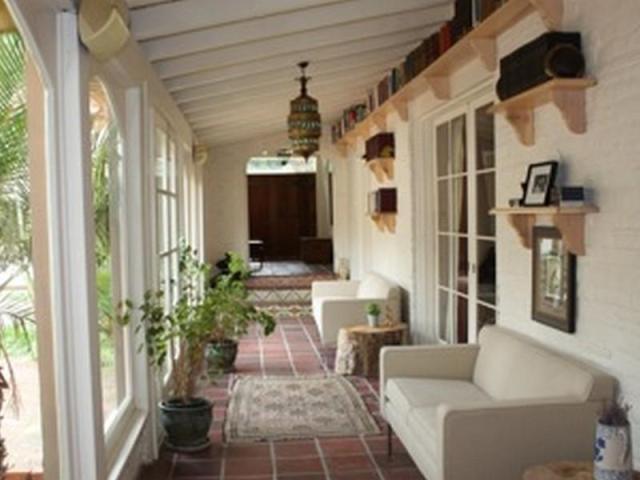 7 Responses to It’s Not Complicated – It’s Simply a Great House!