A proscenium arch. How much more theatrical can you get than that?

As anyone who has been following my recent posts on Jack Donovan knows, his amazing life intermingled both the worlds of architecture and the movies. Jack’s highly attuned sense of theatricality is readily apparent in his home designs, which were exuberant, showy and fun and crackled with all the energy and excitement of a big Hollywood production number. The houses that Jack built were, for all intents and purposes, stage sets where the “star” occupants played their respective parts in the theater of their lives. Jack, it appears took old Will Shakespeare at his word, helping to prove that all the world is indeed a stage.

Therefore, there can be no doubt that Jack would have been thrilled to know that one of his homes, the John C. Leavitt house (1923), at 501 Wilcox Avenue was prominently featured in Curtis Hanson’s superlative L.A. Confidential in 1997. The Leavitt house, artfully sited where Wilcox curves into Rosewood at the Wilshire Country Club, played a major “role” as the residence of Kim Basinger in her Oscar-winning performance as high-class call girl “Lynn Bracken.” Hanson brilliantly utilized the home both inside and out to serve as a visual metaphor for Bracken’s struggle with her public and private personas, with the showy downstairs reflecting her fantasy “Veronica Lake” image and her simple, girlish room upstairs revealing the “real” Lynn Bracken.

With L.A. Confidential, Curtis Hanson masterfully captured the look and feel of a bygone era of Hollywood and L.A.’s rich history in a way that has not been seen since Chinatown (1974) and I simply cannot think of a higher compliment than that. Hanson not only knows and loves L.A. history, he knows how to bring it back to life and there are still so many stories left to tell. L.A. Confidential II? We’re waiting! 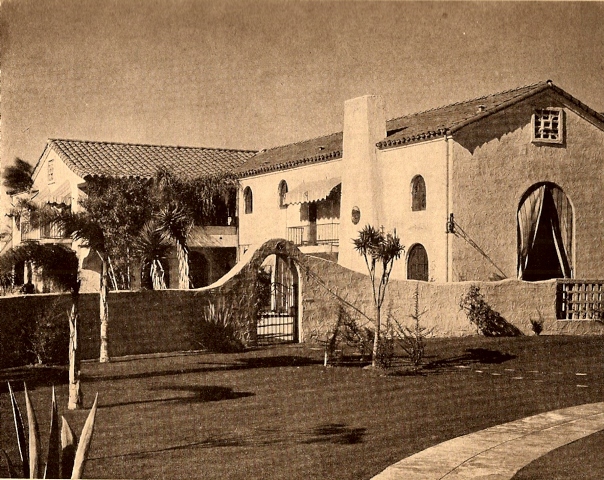 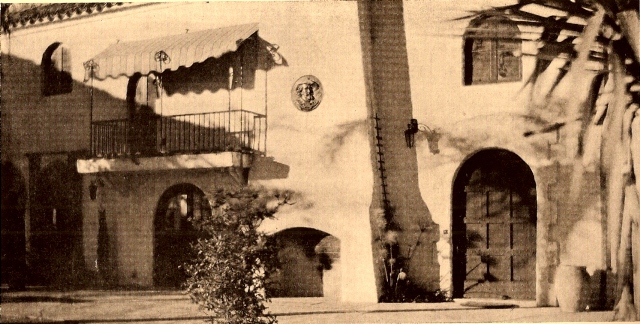 6 Responses to Jack Lives On! – An Original Jack Donovan “Stars” in L.A. Confidential