For this week’s “House of Mystery,” we have another case of knowing the “who” but not the “where” and we are calling out to the brilliant Paradise Leased detectives to crack the case and solve the riddle of where this charming house is hiding.

The “who” in this case is Sheila Terry, a lovely young actress who worked in Hollywood in the 193o’s. Not exactly a household name today, Terry was brought to Hollywood under contract to Warner Bros.-First National in 1932 right about the time Bette Davis joined the studio. While one went up, up, up the other, well, did small roles in offerings like The Crooner with Lee Tracy; They Call it Sin and Week-End Marriage (all 1932); among others. Over the next few years, Terry rose from bit parts to leads in “B” offerings, but never made that nearly impossible leap into true stardom.

Ironically, Terry did get to enjoy being a major Hollywood star at least once, not on-screen, but on the stage when she played in Norman Krasna’s Hollywood comedy Louder, Please opposite Ken Murray at Los Angeles’ Belasco in 1933.  Although the production was popular fare it did not translate into any upswing in Terry’s cinema fortunes. Within a few years she was out of pictures altogether.

Sheila Terry has attained some screen immortality, not just for small parts in big pictures like I Am a Fugitive From a Chain Gang and 20,000 Years  in Sing Sing, but in some B westerns of the period made opposite such kings of the genre as William Boyd, Buck Jones and John Wayne.

Sheila with John Wayne in 'Neath the Arizona Skies (1934), a Monogram programmer. (www.rottentomatoes.com)

Terry’s off-screen life has proven to be more interesting than her short film career. In 1934, her divorce from the wealthy and prominent Major Laurence E. Clark of Toronto, Canada caused a stir when it was revealed Clark had regularly berated her in front of friends insulting her in a variety of ways including such personal attacks as the size of her feet and hands (“large and ungainly”), calling her a “terrible dancer,” a “rotten singer,” and was “as graceful as an ox.” She had no taste in clothes, was of inferior social status (being an actress) and was “very uncompanionable.” After exactly two years of this, Terry had had enough and left for good on the evening of their second wedding anniversary of August 15, 1930. “Since then [Clark]has failed to support me and I have had to make my own living in the motion picture studios,” she told the court during her divorce proceedings.

In 1937, she married again, this time to another socially prominent figure, William A. Magee of San Francisco, but this marriage was over practically before it started and another divorce followed. Although she would be romantically linked to a number of others through the years including director Tay Garnett, Terry would never remarry. In the early 1940’s, she embarked on a whole new career as a press agent in New York. I would to love to be able to tell you her story has a happy ending, but I can’t. Over the next decade and a half, Terry’s fortunes slowly began to decline until by the beginning of 1957 she had reached the end of her rope. On the evening of Thursday, January 17th, police broke down the door of the modest little apartment, which served as both home and office for Terry, and found her on her bedroom floor propped up against her bed. Empty pill capsules were found beside the body. She was 47. A search of her belongings revealed she had no money and, when no one came to claim the body, the once beautiful and vivacious Sheila Terry, promising young Hollywood starlet, was buried on Hart Island, better known as Potter’s Field.

The house shown in the picture reflects the high water mark of Sheila Terry’s life. Dated January 1934, the photograph shows an almost fairy tale Cotswold cottage of great charm. Particularly interesting is the rustic bridge leading to it. One can see the rise of the hill directly behind. Where do you suppose this is? A handwritten notation on the back states “Home of Sheila Terry in Hollywood.” My first thought would be the west side of Nichols Canyon north of Hollywood Boulevard, but it could be Laurel Canyon, Beachwood Canyon or even Beverly Glen. Coldwater? Above Sunset? Topanga? Who knows? Hopefully, one of you do!

It is so hard to imagine that she could have gone from this enchanting place to ultimately wind up in Potter’s Field. Tragic, but the annals of Hollywood are filled with such tragedies. 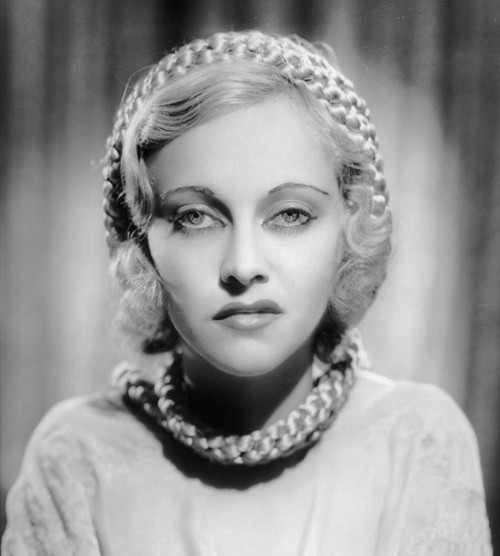 Any thoughts as to where Sheila Terry’s home may be? I’ll leave it to your expert sleuthing! Meanwhile, I’m so depressed now I think I need a cocktail.

This entry was posted in Mystery Houses and tagged Sheila Terry. Bookmark the permalink.