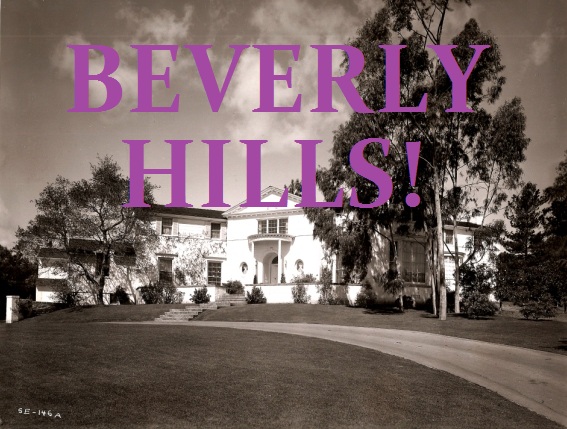 Why am I not surprised? Nothing gets past the readers of PARADISE LEASED and I’m so excited not only to get the answer to our latest House of Mystery puzzle in record time, but also what more has come out of it.

As it turns out this gracious Georgian Colonial was indeed designed by one of the greats – none other than Mr. Paul R. Williams himself. He designed the home for Harry Joe Brown and Sally Eilers in 1937 and his fine hand is readily apparent at every angle. For the record it was built at a reported cost of $40,000. Money well spent!

This fine home was (and miracle of miracles) still remains at 625 Mountain Drive in Beverly Hills. It was home to the Browns from 1938 until their divorce in 1943 and later it became the longtime residence of the legendary Nunnally Johnson. I have him there from 1949-1960, but he may have been there longer. 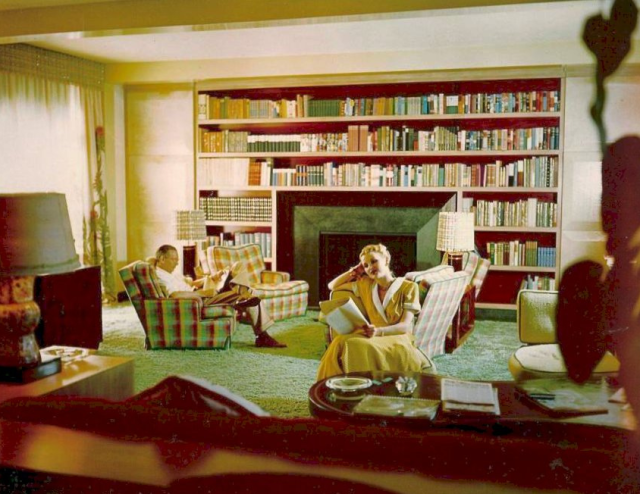 Steven Keylon tracked down this photo of Nunnally and Doris Johnson enjoying their William Haines-designed interior at 625 Mountain. Thanks Steven!

We have so many to thank for the supersleuthing, but mostly to E.J. Fleming, the genius behind the amazing Movieland Directory and the equally amazing Steven Keylon who not only connected the house to PR Williams he found William Haines did the interiors for the Nunnally Johnson’s.  Steven does a spectacular blog on the historic Baldwin Hills Village that you should really check out.

And a special thanks to the great Mary Mallory who jumped on the case and dug up the Screenland article with confirmation of the PRW design. And to Duncan Maginnis of the tremendous Berkeley Square and St. James Park blogs for finding the home of Sally’s parents, Peter and Paula Eilers @ 223 South Hamilton Drive in Beverly Hills. Great job!

Are you ready for another mystery house? Stay Tuned! We’ll have one coming up again next week!