Today, one of the ultimate symbols of status is to live in a private community safely hidden away and protected from the outside world by high walls and locked gates. “I’ll leave your name at the guard house,” must be a very satisfying thing to say to people coming for a visit. (Well, that is unless you’re in prison.) Alas, I’m still in the “I’ll buzz you in,” stage and as a writer may always be so. Perhaps that’s why I’ve always had a particular fascination for Hollywood and Los Angeles’s historic private neighborhoods. Who hasn’t been impressed by the grand stone gates standing as silent sentinels at the entrances to Fremont Place or wonder at the mysteries to be found behind those in Laughlin Park? These great neighborhoods hold a wealth of history in both the homes and those who have lived in them and we should all be grateful they haven’t been swept away in the tidal wave of progress as some others have. 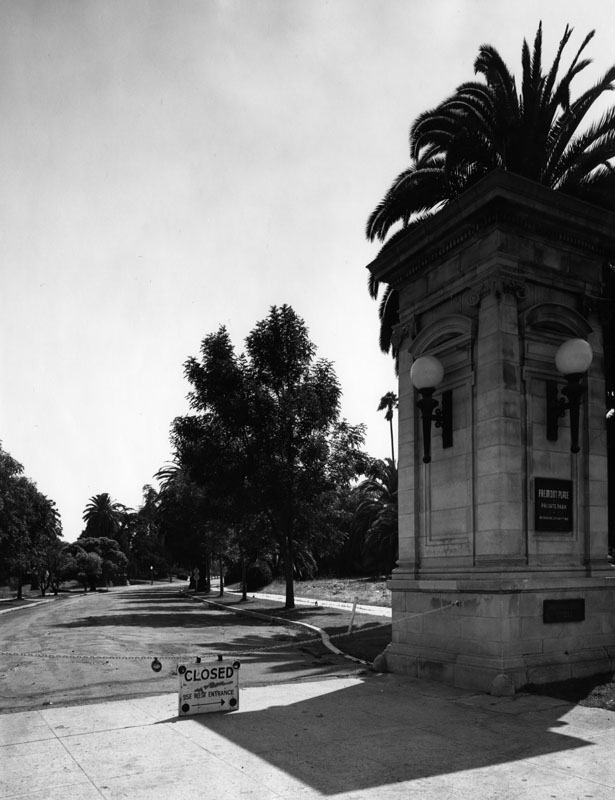 Yes, Los Angeles once boasted several spectacular private enclaves where captains of industry and Hollywood royalty intermingled (or as close as you can intermingle across a two-acre lawn) in magnificent homes designed by the architectural legends of the day, that have vanished both from sight and memory and vanished many, many years ago. Who today remembers Westmoreland Place? Yet in its all too brief heyday it was one of the if not the most beautiful and exclusive district in all of Los Angeles with people like Mary Pickford, Mack Sennett, the Talmadge sisters and Buster Keaton all calling it home. Today only one forlorned former mansion remains of what had been a 43-acre garden spot, the rest overrun by block after block of undistinguished apartments.

Charles Whittlesey's stunning 1906 design of the residence of E.P. Bryan at 41 Westmoreland Place is, in my opinion, one of the greatest houses ever built in Los Angeles. All gone today. 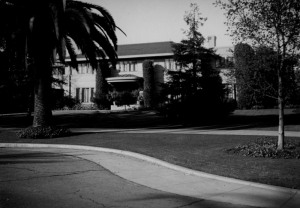 Even less remains of what was arguably the greatest private neighborhood of all – Berkeley Square. I first discovered this lost neighborhood when I ran into a brief mention of it in a search of homes of Hal Roach and William Gibbs McAdoo. The more I was able to dig up on it the more intrigued I became. It was only a block long, but what a block! Filled with famous names and famous homes designed by the great architects of the day. I was so interested I even made several personal visits to where it was hoping against hope there was at least a small part left for me to see. Even one house. But no. This grand neighborhood was ground into oblivion decades ago, falling in the wake of the construction of Interstate 10 in the 1960’s. There is nothing left and nothing to remember it by. 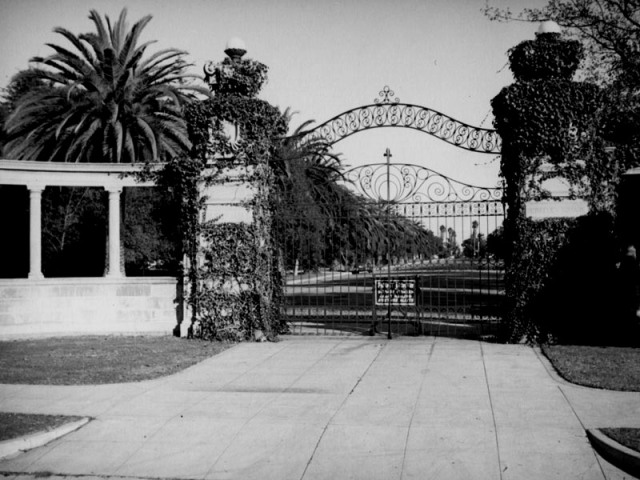 That is why I was so excited to discover Duncan Maginnis’s amazing Berkeley Square blog. I thought I knew a thing or two about this historic neighborhood until I saw what Duncan has managed to dig up. He has achieved the impossible by singlehandedly resurrecting Berkeley Square and giving readers an “all access” pass behind the gates and into each and every house on the street. It’s an incredible walk through time and makes for compelling reading. Lots of great stories behind those doors! If you aren’t already familiar with this blog already I highly suggest you check it out by clicking the link here. When you read it you’ll agree with me that everyone who loves this stuff owes Duncan a big debt of thanks for the intensive amount of work he put in and the wonderful way he pulled it all together. Amazing work! Duncan’s excellent narrative made me wish Berkeley Square was ten blocks long instead of just one. I suggested he needed to give another old L.A. enclave the same treatment and I was thrilled to discover he’s going to just that, having created a new blog on what looks to be the equally interesting St. James Park. I can’t wait to see what Duncan discovers about this grand old enclave, which still exists, at least in part, down near USC. Check out the link to it here.

Keep it up, Duncan. We’re addicted!